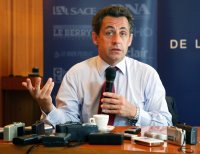 On this April Fool’s day 2009, Decanter magazine can’t resist its annual ruse which I’m sure has a lot of Europeans in a tizzy. As I recall, a couple years ago it was Paris Hilton being introduced as the celebrity spokesperson for Bordeaux, just at the moment, like now, of en Primeur. And with French President Sarkozy in London fighting battles over the world economy, such an announcement would be almost a coup d’etat! Of course, Ms. Hilton actually was chosen to represent “the sophisticated Rich Prosecco in the designer can” in 2006. But I’d venture to say that Paul Giamatti with his decidedly non-designer looks did far more in Sideways for Pinot Noir than Ms. Hilton could do for, well, anything. And a fellow wine writer at Vinography does his own version, with Somali pirates! 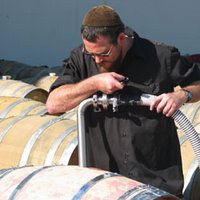 Passover is only about a week away, and if you’re interested in good wine for your Seder, you might want to review my post on that subject by scrolling down. Like a broken record, every year I make the point that there is very good Kosher wine available but it’ll cost a bit and perhaps take a bit more effort to get it to your table. Photo courtesy of Covenant Wines.

With the spring upon us as both Easter and Passover approach, we’re all looking for better weather, an improving economy and some fresh optimism. But please keep in mind that hundreds of thousands of Marines and soldiers still go in harm’s way every day in Iraq and Afghanistan. As a former Marine I’m especially interested in supporting the injured Marine Semper Fi fund – click here and there’s also a link to it on the right sidebar, just scroll down a little bit. If you can contribute, great; if not, click on the link anyway to visit the site and learn a little bit about the programs that are offered to injured Marines.

A lot of people have asked me recently what biodynamic wines are, how they differ from organic ones, what sustainable grapegrowing is, and what this all means. I’ve done some research and I’ll be posting an explanation sometime in the next couple weeks; if you’re interested, stay tuned. In the meantime, here’s a link to a 2006 report on California’s Sustainable Winegrowing program; unfortunately, ’06 is the latest there is. Oh, and French actor-winemaker-restaurateur Gerard Depardieu says biodynamics “doesn’t exist.” Hmm.

This wonderful white wine is the product of Randall (Randy) Graham, the quirky and unique…