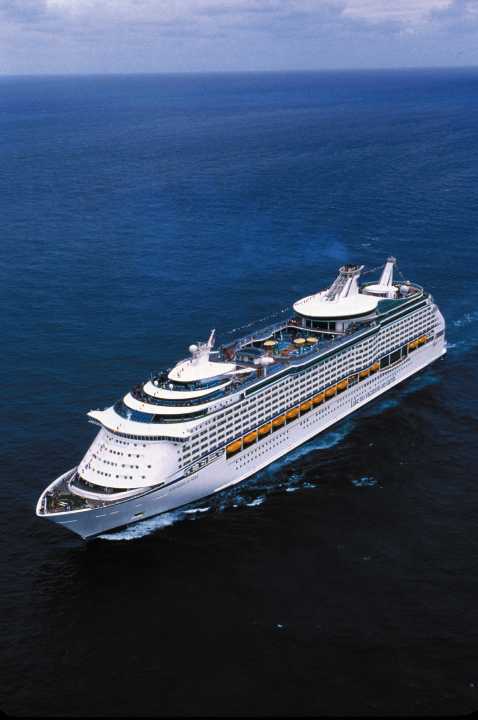 I’ve just returned from a 9-day cruise on Royal Caribbean’s Explorer of the Seas, a 137,000 ton, 1,020 foot-long behemoth that’s still, amazingly, two rungs down on the cruise line’s size chart.
Beyond the ocean breezes, Red Stripes and frou-frou drinks on the pool deck, nine days without the constant annoyance of a BlackBerry, and the chance to read both The Billionaire’s Vinegar and The Widow Clicquot: The Story of a Champagne Empire and the Woman Who Ruled It on my new Nook eReader, the highlight of our trip was our nightly dinner at 8:30, and the very pleasant surprise of a really nice wine list!
Before the cruise I was dreading what appeared to be a crappy wine list, based on an almost cynically-chosen bunch of wine packages, laden with mediocre and uninspired choices, including a bunch of sweetish Chardonnays (over which I’d prefer a certain warm, recycled and amber-colored liquid drunk directly from a dirty boot).
Don’t get me wrong, the packages never got any better even with the ocean views from an elegant dining room on Deck 3. But the a la carte list was really nice, and over 9 nights we had a lovely dry Rose, two hearty reds and six refreshing and, according to the list, “Adventurous” whites. Even better, the wines were really reasonably priced, despite the fact that, well, 500 miles out to sea there really ain’t a lotta alternatives.
Now, these aren’t high-end wines by any means, except perhaps the Chateauneuf, but they were all delicious, satisfying, great values and in perfect condition and served by the best two waiters on the boat, Nicay “Captain” Morgan from Trinidad, and Reynaldo de la Torre from the Philippines.
I applaud Royal Carib’s Wine Buyer, whoever he or she may be, for putting together a fun, friendly and ‘fordable list when I least expected it. Here’s the lineup, which we matched with our dinner choices from an equally great menu:

A PORT BY ANY OTHER NAME - STILL AS SWEET? A lot of US-made wines…

New Jersey is the fifth largest state in the union for wine consumption (source: Adams…

Wine News (the magazine) After a couple of email requests, a FedEx box filled with…