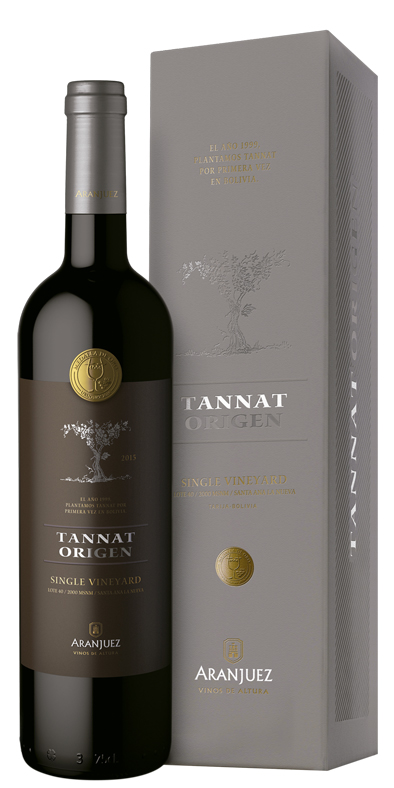 I’ve never really thought much about Bolivian wine. Ok, I’ve never thought about Bolivian wine at all, until the other night, when I heard the tail end of a story on NPR in my car, and the one word that registered was “Tannat.” So I started to do some research. And I found that a year ago The New York Times a whole year ago told us that Bolivia’s got wonderful wines but its “vineyards total only about 1.5% of the 550,000 acres in neighboring Argentina—the world’s sixth-largest wine producer—and Bolivia’s annual production of 8.3 million liters is a molecule among the world’s 25 billion liters.”

So not so much wine coming out of there. Well, who cares how much wine they produce? Is it good and is it interesting?

Bolivia is a poor country, no surprise there; 40% of the country lives below the poverty line, but what did surprise me is that it’s been producing wine for a very long time. Now I’ve visited and bought wine from maybe 100 wine retailers and another two dozen online sites over the last 20 years but I’ve never seen a single “Bolivia” aisle in even the largest wine shop, or any listing on an online menu for “Bolivia” as a wine region. In fact, just now I queried “Bolivia” on the site of The Wine Library, a big retailer in NJ, and what did I find?

On the site for Sherry-Lehmann, my favorite NYC retailer, here’s what I got: “Let’s help you find your bottle. If you were looking for a specific producer or bottle, please double-check that it was spelled correctly and re-enter it above.”

So why are we discussing this? First, it’s a pretty unique grape-growing place. Being tropical, Vitus Vinifera vines don’t normally generally do well here. And there really isn’t much space in the dense Amazon jungle for vineyards. But there is, higher up, in the Andes. So back in the day, they planted so-called Criolla varieties that did pretty well at around 3,000 feet and above. At that elevation, and up to maybe 8,000 feet above sea level, the grapes are bathed in much cooler air, especially at night, and that same elevation also gives the berries thicker skins than almost anywhere else, which in red grapes multiplies the tannins, phenols and anthocyanins, a smart-alecky way of saying there’ll be a lot more body and flavor. The biggest problem right now in becoming a real winemaking country is that there are only 12,000 acres under vine. Napa Valley alone has 45,000. Bolivia has 65 wineries. California has 3700.

So here’s where we come to Tannat. For me, that’s always been a French wine, a French grape, and perhaps the ballsiest, chewiest, densest wine on earth. You know…tannin? Tannat? The only ones I’ve had are grown in a place called Madiran in southwest Sherry-France. The Times says “no calling card varietal has arrived” but that’s hooey. It’s Tannat, for sure. Says me, anyway.

Tannat’s only been planted there for less than 20 years. A few producers do some 100% of the varietal, and frankly that’s an over the top wine that’s an acquired taste that in my experience very few acquire. Other producers blend with about half Merlot, which softens the texture and changes the flavors significantly but doesn’t eliminate the power of the base wine.

Bolivians themselves are likely a lot more concerned with Singani, a spirit distilled from 100% Muscat of Alexandria. They drink it straight, on ice or at room temperature, and it’s the main thing in cocktails with names foreign to me such as Chufly, Poncho Negro and Yungueñito. Huh?

I’m gonna run out tomorrow, not sure where, and find some Bolivian Tannat. I’ll grab a bottle of Singani if I can find any and I’m so inclined. Meantime, now you know what to get a bottle of—if you can find it—to take to your next dinner party and be a really unique and interesting guest.

Here are some great sparkling wines from France, Italy, USA, Argentina, and South Africa. I…

Wine Term(s) of the Week: Spain