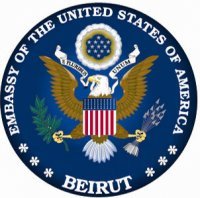 I spent about a year in Beirut during the Lebanese civil war, living in the U.S. Embassy with 12 other Marines (and an excellent Lebanese cook, Mr. Tony Saliba, who kept us jarheads well fed).

As anyone who lived there anytime from 1975 until about 1990 will tell you, the Lebanese showed a remarkable ability to continue normal life and commerce – for which they’re famous – during intense urban fighting. So we Yanks adopted their ways, and during lulls in the shelling we’d leave the embassy to enjoy the waterfront Corniche, or nightlife on Hamra street.

For me, that invariably included dinner and of course wine, and I often tried the “local stuff” – from Ksara, Lebanon’s oldwest winery, and Chateau Musar among others. Remarkably, winemaking went on uninterrupted even as the war raged, and today many more wineries have sprung up to create what is now a thriving wine tourism business. Others, such as Massaya, which produces around 25,000 cases of excellent wine as well as Arak, waited out the war and then expanded significantly when conditions improved.

While “the Lebanon” is still plagued with sporadic violence, the country is mostly peaceful and from all accounts, vineyards are producing excellent fruit. Many of the new wineries are located in the spectacular Bekaa Valley – the home of the Roman temple of Bacchus – where there’ll also be a wine museum by 2011, a first in the Arab world.

I haven’t been back since the war, so I’ll let The Wall Street Journal Online describe Lebanon’s wine industry. If you’re truly an adventurous wine traveller, it sounds like there’s no place better.

Rosé wine—mostly dry wine, that is—pairs great with a wide range of food. In fact…