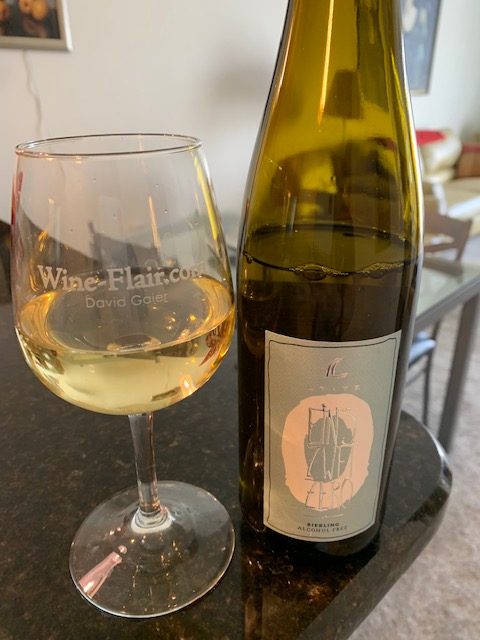 Let’s first establish something: wine is the fermented juice of grapes. Sake is not wine. Neither is strawberry “wine.” And if the grape juice isn’t fermented, or vinified, which describes the entire winemaking process, it’s also not wine. But here’s a dilemma: many so-called non-alcohol wines have actually been fermented…but then the alcohol is removed, typically by reverse osmosis, or vacuum distillation.

Without going into technical detail that you probably don’t care about, these processes are very effective at de-alcoholization. But if you’re at all interested in NA (non-alcohol) “wines,” for whatever reasons–health, sobriety, weight control, or even designated-driver duties–there are a number of brands and varietals to choose from. The questions are, are any of them in any way comparable to genuine wine, and do they provide any of the taste, aroma, mouthfeel, and ultimately any of the satisfaction you’ve been used to?

Although the answers are a bit nuanced, and vary from beverage to beverage, my experience, sadly, hasn’t been stellar. Over the last few months, I’ve bought NA wines twice from Boisson NYC, a retailer that sells only non-alcohol wines, beers, and spirits. Keep in mind that many of them are labeled as having less than 0.5% alcohol which is considered alcohol free. And some assert that their alcohol content after the process is literally zero. Fair enough.

But it’s important to remember that wine without alcohol is really, well, just grape juice by its very definition. Alcohol is the key element of genuine wine, because it’s a flavor-delivery system, and is as important as the grape variety(ies) that went into the originally-fermented juice. Alcohol significantly helps determine the aromas, taste, structure and texture of wines; without it, these beverages are simply lacking in so much, and that’s pretty obvious on the first smell and taste.

The most disappointing was the only red I tried, the Cabernet, which I found undrinkable, and after a half-glass, poured it down the sink. I was raised on Welch’s red grape juice, which I loved (and still do) and which has strong and delightful flavors. As it’s not really wine, I have a difficult time describing in wine terms how unpleasant the Cabernet was, but it just was. Maybe it’s a coincidence, but perhaps the Boisson people just realized it, too, which may be why it was removed from their site. By contrast, the NZ Sauvignon Blanc was nice, with that familiar green pepper aroma and slightly grape-fruity taste. I recommend! The Riesling, while lacking the familiar “petrol” aroma, and a bit low in lip-smacking acid, has a nice citrusy and apricot flavor. The Blanc de Blancs is quaffable, but forgetful….and I can’t tell you what varieties are in it, because they weren’t listed on the Boisson website, and when I emailed to ask, the very polite but odd answer was that they don’t know because the producer doesn’t say. Me, I wouldn’t sell a beverage if I didn’t know what was in it.

So, as you can tell I wasn’t bowled over with delight by anything from Boisson, and only the Sauvignon Blanc really had any of the characteristics of the genuine analog wine. By contrast, two NA “wines” I bouught from Amazon over a year ago were actually pretty good: St. Regis NA Chardonnay, and Senorio de la Tautila Rosado (Rosé) NA. I’ve also tried much of the FRE line of NA “wines” and nothing stood out as particularly good. But even though I’m a wine-first guy and this is a wine website, I truly enjoy non-alcohol “beers” which in this case, St. Pauli Girl and Beck’s, are properly labeled as a “Malt Beverage.”