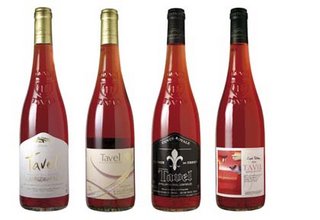 Now, if you stay away from Rose wines because of White Zinfandel – a light, semi-sweet wine that you can imagine only little old ladies sipping at Sunday brunch – you aren’t doing yourself any favors. Most are dry, even bone dry, and while they can be fruity many are also crisp, refreshing and a great complement to a variety of food including grilled meats. And in fact there are some outstanding dry Zinfandel rose wines; for example, Frey Vineyards in Mendocino County, California.

Another misconception is that rose wines are made by mixing a bit of red wine with a white wine. Nope. Now, some rose Champagnes have always been made that way, and there’s a movement underfoot in Europe to allow rose still wines to be made that way, but right now it’s generally not done and I doubt that the rules will change after all. Americans, thankfully, have never made Rose that way.

Most Roses begin life just like red wines; red grapes are de-stemmed, crushed and then placed in a fermenter. But instead of spending two or three weeks with the grapes skins in contact with the juice, the skins are removed after a brief period, a few hours to maybe a couple days depending on the type of grape and the style the winemaker’s going for. This relatively brief skin contact allows just enough color to turn the wine pink (or salmon or orange or coral or a lot of other words wine writers like to use). It also adds a little bit of tannin, and even some complexity.

Another method is to just drain off some of the juice from a red wine during its early stage of fermentation, then place it into own fermenter and finish the process with this pink juice. The process is called saignee (“to bleed”) and it also nicely concentrates the original red wine.

Roses are known for their strawberry and raspberry aromas and flavors, and their versatility; in fact, this is one of the few wines you can drink out of a tumbler on ice and still fully enjoy. And while a lot of wine writers say that these aren’t “serious” wines, I say hooey. Wine is supposed to be fun, to bring pleasure and to complement food and in my view, no wine does these more than a good rose. 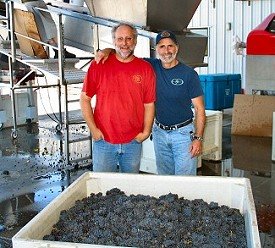 Roses can be made from any red grape, and the only one I’m not fond of is Merlot – for some reason, the “white Merlots” I’ve tasted were weak, watery and had too much residual sugar. My favorite domestic rose is Solo Rosa, made by my friend Jeff Morgan in Napa. But there are hundreds more from the US and abroad – the famous Tavel Grenache/Cinsault Rose from France, Spanish Rosados made from Tempranillo, a bold Italian Stallion based on the powerful, obscure Lagrein grape, or one from down under based on what else? Shiraz.

This spring and summer, bring a dry Rose to a BBQ, or host one yourself and serve it well-chilled to your guests. You’ll be the hit of the neighborhood, I assure you! Here are some suggestions to try: