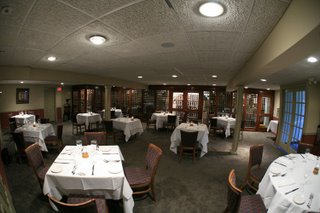 I had two experiences in one week that demonstrate both how good and bad restaurant wine service can be, and how you gotta pay attention if you want to avoid paying for Margaux but drinking Boone’s Farm. It’s unfortunate that this nonsense still goes on…and on.

The good was La Griglia restaurant in Kenilworth, New Jersey. While perhaps not the nexus of haute cuisine, this pleasant establishment has an extensive wine list, running to 34 pages and naturally focused on Italy. It features dozens of wines under $100, many of those in the $30-$70 range and a nice selection of new world offerings. I found quite a few things to like, one of which I ordered, Bastianich “Vespa Bianco” 2003, a blend of Chardonnay, Sauvignon and Picolit: complex, savory, forty-seven bucks and done. Good food, crisp and professional wine service, nice glassware, fair prices and lots of choices. Outstanding. And every wine I asked about (eight) was in stock – in the listed vintage.

The bad was the total disappointment of The Would, a restaurant in the lower Hudson Valley, NY. It had been recommended by the concierge at the B&B where we stayed while touring some small wineries in the area, along the Shawangunk Wine Trail. 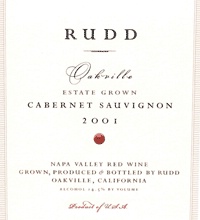 Anyway, after we arrived and once I got past the fact that the place was still gaudishly festooned with Christmas decorations at the end of January, I plunged into the wine list and immediately saw several things that caught my eye. One, a 2001 Rudd Cabernet, seemed like a good deal, especially after having visited Rudd and tasted their stuff the summer before as part of a class at…the Rudd Wine School of the Culinary Institute of America, Greystone.

I made a point to tell our server to kindly check the vintage (year); she came back a few minutes later and said we were in luck, one bottle left of the ’01. But after departing to fetch two glasses of a nice sparkling Rose as our starter, she returned to tell me the vintage was not ’01 but rather 2002.

I responded by saying, ok, well what’s the price for the oh-two? “Oh, the same” she said. “How is that?” I asked. No answer, and she turned on her heel and trotted away. When she finally returned, I made another selection from the list, only to learn that “we’re out of that vintage” but “we have a different year.” This happened again…and again. When I politely (well, probably with more than a little irritation in my voice) noticed that it seemed to be the rule at this restaurant not to have anything that was actually on the card, the server shot back “it’s just too hard to keep up the list.”

Simply put, a restaurant that actually charges money for wine on their list (as opposed to giving it away) needs to sell what’s actually on the list at that price, not merely what’s in their cellar. Otherwise, ethics requires them to change the list to match what they have in stock, along with an appropriate change to the price. Anything else is simply dishonest.

Now, is this a crisis on par with, say, the swine flu pandemic (which threat is pretty exaggerated itself), or the economic crisis we all face, or, as the nuns used to say, a busload of orphans driving off a cliff? Well, no, but it’s pretty close to stealing, and is a bit of a pandemic itself in restaurants. So as wise wine consumers, you have to pay attention when you’re looking at the list and ask questions, and when the wine arrives, pay attention to what’s on the label. For getting the best from restaurant wine service, go here.

For the record, I made a phone call about this to one of the partners of The Would, and also sent her an email. Remarkably, she didn’t respond to either.