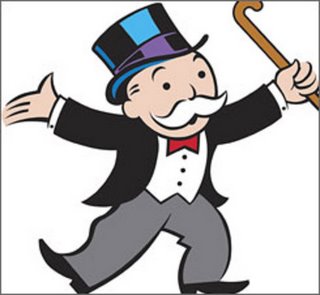 Imagine you own a small hardware store in, say, Cincinnati. A good customer who’s also a familiar face walks in and buys some power tools costing a couple hundred dollars.

This is a problem, because, well, you’d only accept Monopoly money when you’re playing Monopoly. But you would take U.S. currency because you see it often and it’s obviously familiar. More importantly, you recognize it as valid.

Well, the story is the same for wine reviews, wine rating systems based on points, and the judgments of wine reviewers. For example, to a lot of wine lovers, Robert Parker is very familiar, and they take what he says as currency. As a result, they may never try wines that he doesn’t recommend and they’ll probably also find that their tastes and preferences in wine inevitably start to be a lot like his.

Do you like big, bold, fruity, explosive, “massive?” Hope so. I do, actually, but I also like subtle, gentle, elegant, restrained, nuanced, complex, crisp, and sometimes even off-beat. Now, Parker is the most influential person in the wine world (well, except for Richard Sands of Constellation Wines, according to Decanter), but so what? His palate ain’t yours, his tastes ain’t yours and his budget is just a bit larger, I imagine. Anyway, what’s in a number? Can Parker himself tell me the difference between a 92 (92 being some kind of threshold, I am told) and a 93? And even if he can, do I care?

The other point here is that the very idea of putting a mathematically precise point rating on something as subjective as the taste of wine is itself a little absurd. Now, as somebody who tastes and recommends a lot of wines myself, I’m the first guy to admit that there are some sensible and accepted ways to evaluate wine, and some commonly accepted terms to describe it. But that’s a long way from giving a particular wine a numerical score of, say, 95 and then declaring it’s worth $1000 a bottle as a result. 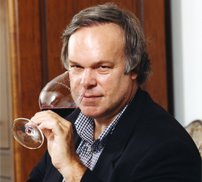 So, if you’re going to depend solely on Parker or anyone who rates wine numerically to tell you what to buy and what’s good – and what’s lousy – then you’re going to be accepting quite a lot of Monopoly money. If you’re ok with that, fine. Me, I prefer my own palate…after all, it’s the one I taste with.

And I live in Jersey so I can tell you that Atlantic City is no prize.