Prosecco gets a Promotion

The producers of Prosecco – that refreshing Italian sparkling wine made from grapes of the same name – are thrilled that the Italian government has elevated Conegliano-Valdobbiadene to Denominazione di Origine Controllata Garantita status, the country’s highest level of quality. Only 41 wine regions in Italy carry the D.O.C.G. rank. 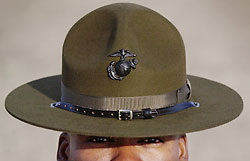 Prosecco producers may now call their wine “Prosecco di Conegliano-Valdobbiadene” or “Prosecco Superiore” beginning with the 2009 vintage. And as we say in the Marine Corps, everyone moves up one.

Why? Because wineries in nine provinces outside the DOCG region currently producing Prosecco labeled “Indicazione Geografica Tipica” (IGT, two levels down on the prestige meter), have been raised to (DOC) status. That was the rank once formerly held by Conegliano-Valdobbiadene. Finally, winemakers located outside this new DOC area will not be allowed to make a wine and label it “Prosecco.”

What does this really mean? Not so much to you and me, but to the top Prosecco producers it means they got kicked upstairs and are getting the respect they deserve. Prosecco really is a wonderful sparkling wine, lower in alcohol than many others and very refreshing and crisp. It’s also a great value.

What (Grape)’s in a Name? A Place. Somewhere. Probably un-pronounceable.

We Americans tend to describe, discuss and select wines based on the variety(ies) – that is, the grape or grapes that go into them. Hey, I’d like a Cab from Sonoma or a Pinot from Oregon, right?

But that’s bewildering to most people who don’t follow wine closely and don’t exactly have time on their hands to memorize what grape goes with what location. And, well, some of these places are often impossible to pronounce and therefore impossible to remember, anyway.

What to do? At least three things.

First, you can download and save my Wine Grape Charts, that give you the names of the grapes (sometimes there are two, three or even four varieties in a wine) and their corresponding, weird-sounding places. It’s not exhaustive and not meant to be, but it will cover about 90% of the wines you’re likely to find in most retail stores. For example, it will tell you that Viognier wines – some of the best ones, anyway – come from a place in France called Condrieu and that’s what’s on the label. 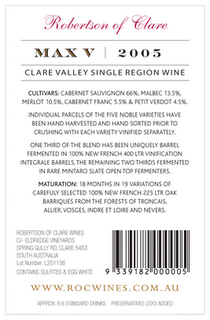 You can also look on the back label, which is just what it says…a second label on the back of the wine bottle, that sometimes (but not always) lists the grape varieties in the wine, and sometimes even their proportions.

At left is a remarkably detailed one, showing that this wine contains 66% Cabernet Sauvignon, 13.5% Malbec, 10.5% Merlot, 5.5% Cab Franc and 4.5% Petit Verdot, the five classic grapes that go into a Bordeaux blend (despite the fact that this is Australian wine). They even tell you a bit about how the grapes were harvested and the wine was fermented. But to tell the truth, this is rare. Often you’ll just get some

Most importantly, you can also talk to your local retailer, who should be able to not only help you based on the grape varieties you’re looking for but also the style of wine – old world vs. new world; light, medium or full-bodied; fruit bomb or nuanced; spicy or mellow; sharp or soft; etc.

If you’re buying from knowledgeable people such as Brian Hammill of Brian’s Wine and Liquor Emporium, or Mark Censits of Coolvines – two great NJ retailers – you’ll be talking to experts who’ll help guide your choices. If you go somewhere else and get a blank stare followed by a mumbled such as “well, it’s fruity with a real grape taste” then I suggest you drive away and find Brian or Mark.