I’ve said more than a few times on WineFlair and elsewhere that wine ratings by “the big guys” (and gal) such as Parker, Robinson, Broadbent, Suckling etc. will obviously and hugely influence the views of people who taste those wines and know their scores in advance. In other words, someone tells you you’re about to sample a 95, and boy when you taste it, it really is!

A scientific team from a university in Zurich says they’re proved it and also that wine ratings have a consistent effect on people who are told scores after they taste. Basically, a bunch of wine-drinkers was separated into five separate groups before a blind tasting. One group was told beforehand that Parker had rated the wine 92, and a second group that he had rated the wine a meager 72. A third and fourth groups were told the scores (92 and 72 respectively) after they had tasted the wine but before recording their impressions. A fifth group wasn’t told anything.

The results weren’t what a lot of wine snobs or people who live by critics’ ratings want to hear: the group that knew the wine had a 92 Parker rating before tasting it uniformly thought it was quite a bit better than those who’d falsely been told 72. The “92 Group” also rated the wine better than those who were told after they had tasted it. The third and fourth groups showed a marked tendency to agree with the ratings when they were told afterwards, indicating that even those who were told that the wine was a 72 didn’t challenge that number though they were tasting a wine actually rated 20 points higher. What that means is simple: their taste perceptions may have actually changed by being told that low number!

In a post from a couple years ago, I cited a 2001 University of Bordeaux story that made a similar if slightly more subtle point. In the first of two tests, Professor Frederick Brochet invited a bunch of self-anointed wine experts to describe the flavors and aromas of both red and white wines he poured. One of these experts lauded the red for its “jamminess” while another talked of its “crushed red fruit.” What’s wrong with that? Well, it was really a white wine, tinted darkly with food coloring. Not one of the 60 “expert” tasters could tell!

The second test with a different group was even sneakier, in which ordinary and inexpensive red table wine was placed in a pricey Grand Cru-labeled bottle, and also separately in its original labeled bottle. In other words, a single wine was passed off as itself – and as a different, far superior wine. What happened here? Three-quarters of the experts there judged the “grand cru” as “complex, balanced and rounded,” while the vin de table in their view was “weak, light, flat and faulty”. They were the same wine.

The moral of the story is what I’ve been saying for years, and you’re probably sick of hearing it.

But I’ll say it again: don’t depend on wine ratings. Taste and decide what YOU like.

Sam’s Wines, a major wine seller in my former town, has closed two Chicagoland stores in just two months — the South Loop, closed in August and Highland Park just last Sunday. Maybe they were overextended; after all, the Highland Park location was an impressive 25,000 square feet with a wine lounge, party room, 50-seat demonstration kitchen and glassware room. But it was a pretty awesome place – at the wine bar, you were permitted to buy a bottle of wine, have it chilled (or not) and drink it right there with no markup! First Harry’s Velvet Room, and now Sam’s. Damn! 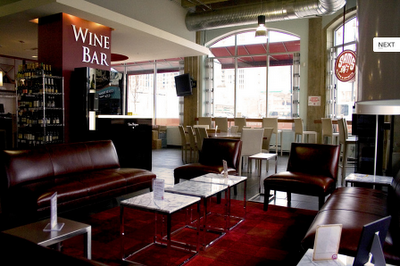 I started making my first large purchases (rather than a bottle of two at a time) from Sam’s big location in Lincoln Park, and was thrilled that I could order a case or two at 3 pm and have it waiting at my 40th floor apartment in Lakeview neighborhood at 6. It was probably the precursor of many of today’s giant wine warehouses, but even back then, in 1996, their service and wine knowledge was better than at most places,

even much smaller ones, today.

We Remember the People of Windows on the (Wine) World 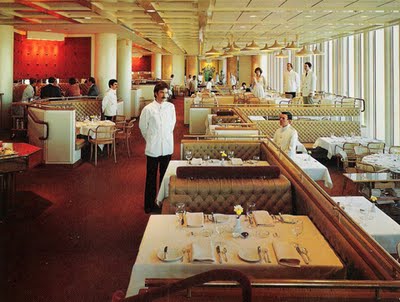 Windows on the World was a great restaurant and one of the country’s premier wine venues – its patrons consumed 10,000 bottles a month from a 50,000 bottle cellar, choosing off a list with nearly 1500 selections.  The wine service, at the hands of people we know and respect today including Kevin Zraly, Michael Skurnik and Andrea Immer, was top-notch, and its prices were reasonable in a city known for outlandishly expensive wine lists.  And its “Cellar in the Sky” offered one of the city’s original wine and food pairing menus.Seventy-eight of its staff perished on that day, and we remember those who died there along with all the ther innocent victims of that senseless act of terrorism.  Every day they worked hard to make their customers happy, and they are sorely missed.