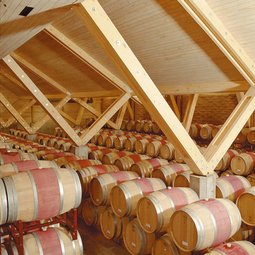 Great Wine From “The Mondavis Of Chile”

I had the pleasure of having lunch – and more importantly, tasting wines – last week with the winemaker of Chile’s Vinedos Emiliana along with the estate’s owner, Jose Guilisasti.

I was prepared to be underwhelmed, but I was pleasantly, even astonishingly, surprised at how good the wines are.  I say this because in my salad days, in college after six years in the Marine Corps, I was only able to afford a meager three or four dollars for what was often a bottle of very, well, “rustic” red from Chile with a label that looked like a kindergarten coloring project.  What I tasted last week as a guest of Banfi Vintners at midtown NYC’s Il Tinello restaurant was something very different.

Emiliana was founded only in 1986 as a privately-owned operation producing wines made from organic grapes, and in the case of their super-premium labels Emiliana G and Coyam, produced along biodynamic lines as well. To be honest, I’m not much impressed by wineries claiming bio this or organic that, given that these terms are often misunderstood and not uniformly applied even in this country, let alone across the seas.  More than that, they’re frequently bandied about by marketers eager to greenwash their products and tap into a share of the burgeoning environmentally-conscious market.  But a little explanation is in order, wouldn’t you say? Organic, Biodynamic…so what?

Organics is an agricultural system that focuses on creating bio-coexistence, namely, that plants and animals inhabit the land and contribute to it in a natural way. For example, instead of using fungicides on weeds growing in the vineyard’s cover crop, farmers allow animals to graze on them. Organics prohibits the use of industrial chemicals including synthetic fertilizers and pesticides, and genetically modified organisms. Now, it’s important to keep in mind that organically-grown grapes don’t necessarily mean organic wine. For example, to label a wine (as opposed to the grapes) sold in the USA as organic means that the wine has 95%+ organically-grown ingredients and that no sulfites were added. Such a wine can then carry the United States Department of Agriculture (USDA) Certified Organic seal. Of course, this can limit its shelf life, depending on the quality of the grapes and the grapegrowing and winemaking practices used. And remember, sulfites are naturally formed as part of any winemaking process, organic or not. 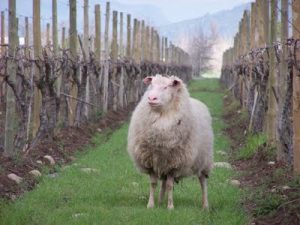 Biodynamics is a way of farming based on, among other things, a closed system, phases of the moon, and so-called homeopathic principles, originated by the early 20th-century Austrian philosopher Rudolf Steiner. For grapes, this means the use of natural fertilizers, nine preparations applied to the vines, and cow horns filled with manure buried in the vineyard. Moreover, you can’t just wake up one day and “go bio” – it requires a prep period of a couple years during which the farmer doesn’t use industrial chemicals and must use organic compounds and practices. There’s certainly an element of mysticism to all this, which many observers scoff at; others say it works, whether or not you understand the reasons behind it.

So, when I received the pre-tasting packet of info, its boast that “Collectively, Emiliana constitutes the single largest source of estate-grown organic wines in the world” didn’t really move me.  I was more interested in the quality of the wines, and I certainly wasn’t disappointed.

Before I talk about the wines, I’d like to specifically mention our host winemaker Antonio Bravo, who did a six-year stint at none other than Kendall-Jackson Wine Estates, including three at K-J’s Argentine property Tapiz, and three more in Monterey, California. He’d also spent time as assistant at Concha y Toro and Undurraga in Argentina, and much to my delight, with my good friends the Corley Family/Monticello in Napa.  But Antonio was far from an organic or biodynamic winemaker at precisely the time when the Guilisasti family was intent on making Emiliana the largest organic and biodynamic wine operation in the world.

And lest I neglect my other lunch host, Jose Guilisasti is considered one of South America’s top viticulturalists (grape growers). Under his and the family’s leadership, which dates back to the ’50s, Concha y Toro h

as become of the top 10 wine companies in the world. Some even call him “the Robert Mondavi of Chile”! But Emiliana is a totally separate operation with its own vineyards, wineries, winemakers and winemaking philosophy.  I tasted some wines from Concha a few weeks earlier, and I’ll write about those next week.

Anyway, when the Guilisastis tapped the then 36-year-old Bravo in 2006, he plunged in despite his training and work experience as a decidedly “conventional” winemaker. And he’s got a lot of organic grapes to work with, grown exclusively on winery-owned vineyards in Maipo, Colchagua, Casablanca, Bio-Bio, Cachapoal and Limari.  But while he and the Guilisasti family have embraced organic and biodynamic concepts and practices, they’re not “rabid” about them.  Instead, they focus on quality, and organically grown grapes just happen to be their base to make three lines of delicious and (mostly) very affordable wines: their luxury wines “G” and Coyam, their Novas line, and their Natura line.

Antonio, Jose and I talked at length about their quest for quality, and after tasting their wines, I was a believer. Here are the wines I tasted:

Certified Organic and Biodynamic, made from 30% Carmenere, 30% Syrah, 24% Cabernet Sauvignon and 16% Merlot.

Outstanding. This is a really big, full-bodied wine with layers of black cherry, blueberry, plum and cassis; perfectly balanced and nicely structured with a long and surprisingly soft – that is, non-tannic – finish. I finished my pour and asked for another.

Certified Organic and Biodynamic, made from 34% Syrah, 31% Merlot, 12% Cabernet Sauvignon, 3% Malbec and 3% Mourvedre.

A very different blend of grapes; ripe and spicy, and while not quite as bold as the G, has its own unique charm with a bit of smoke and spice and a satisfying, very persistent finish.

Certified Organic, made from 85% Carmenere and 15% Syrah.

A solid effort, with a front-end of blackfruit and spices that moderates a bit and then finishes again powerfully.

A lot of the zest of a New Zealand SB, without that over-the-top grapefruit flavor and bell pepper aroma that is off-putting to many.  Fresh with a flinty-grassy middle, and a moderately long finish.

An extraordinary good Chardonnay. Coming from me that says a lot, as I’m not much a fan of Chardonnay outside Chablis and Burgundy except for the odd and decidedly un-oaked version from California or Australia.  This one has just enough oak to soften it, and it’s so well integrated that the oak just whispers to you.  There’s a hint of butter but just, allowing the acid to come through and keep your mouth refreshed.  Classic citrus flavors and a long finish. Truly delicious stuff. I don’t do numbers but I’ll say this is one of the best <$20 Chardonnays I’ve had in years.

Certified Organic, made from 85% Cab Sauvignon and 15% Carmenere.

Certified Organic, made from 80% Carmenere and 20% Cab Sauvignon