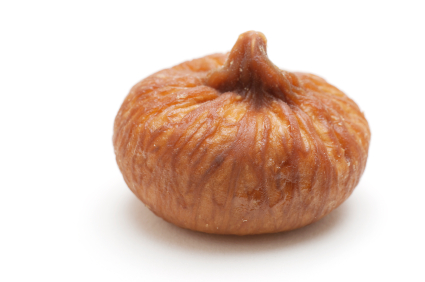 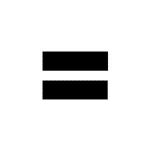 Manhattan, only a few scant miles away, offers some of the best wine and dine experiences available anywhere in the world, and more of the best restaurants than any other city in the USA.  Having lived in Chicago and San Francisco I can say this with a straight face, although I’d rate both those cities a close second, at least in terms of quality eateries though not in number.

Now, while there are restaurant guides galore to consult – Michelin, Zagat, NYC.com, Fodor’s, Foodist Colony – nothing beats a personal experience.  And you might think – especially if you’re from out of town – that demanding, tough Manhattanites (and they are) would help ensure that only the best restaurants survive and would quickly weed out marginal and poor operators.

Problem is, a lot of joints open up to great fanfare, receive the acclaim of both patrons and critics, but then rest on their laurels for years as their food, service, standards, decor, wine service/selection and even cleanliness go downhill.  Yet oftentimes, they keep getting propped up by people who once loved and continue to promote the place, but haven’t actually visited for years.

This past Tuesday night, we visited one such place, The Fig & Olive at 420 West 13th Street, between Ninth Ave. & Washington St. in the Meatpacking District.

Now, we got off to a good start – the space is beautiful; there’s a behemoth center “island”  in the middle of the place stacked with wine bottles that are nicely backlit, lending both a sophisticated and wine-friendly air to the place.  The tables while not huge are big enough, covered with crisp white linen tablecloths, and appointed with comfortable wicker-like chairs.

As you can imagine, I tend to focus not just on the food but more so on the wine, and especially whether or not it’s imaginative, affordable and complements the menu.  The Fig & Olive list, while not exceptional, terribly imaginative or large (40 choices) was decent and above all…affordable.  All the selections but one were under $100, very rare at NYC eateries, and averaged about $62/bottle, mostly from France, Spain and Italy.  The majority of them are available by the glass, so I’ve got to give them a well-earned thumbs up on wine, with one exception: not a single American winery is represented.  Now, I know the restaurant is centered on Mediterranean cuisine, but there’s no reason that a few home-grown choices in old-world styles and grapes shouldn’t find its way onto the card.

Anyway, as it was a hot night and we were trying a wide variety of foods, I opted for a Provencal Rose made from Mourvedre and Grenache, Domaine L ’Alycastre 2009, for $48.  We’d already enjoyed a bottle of Petit Chablis next door as an aperitif, and given the wide variety of choices I know we’d make, the best compromise.  It’s a nice wine, aromatic and fruity but dry and crisp.  Unfortunately, the markup over retail ($13 average) is also pretty steep.

Moving on, our waitress Kate was fun and attentive, but the food was another story.  Kate came by fairly quickly, and delivered a miniscule plate of what looked like white Wonder Bread cubes, suitable for fondue.  On the same plate were three tiny, square bowls of olive oil, all of which looked the same and which gave off little or no aroma.  I tried all three, and all I can say is that the tastelessness of the bread was matched by the blandness of the oils. Ho-hum…what’s on TV?

We moved onto the highly-touted crostini, choosing 6 for $18, including crushed tomato and basil pesto; eggplant, w/basil and sundried tomato;  prosciutto with ricotta and fig; shrimp w/avocado, cilantro, and tomato; salmon /ricotta, citrus, and cilantro; and mushroom, artichoke, and truffle parmesan.  They were all ok, but the thing is, “ok” isn’t really what we wanted or were expecting.  And the entrees were nothing to write home about, either – the paella was a bit dried out and didn’t seem authentic (I’ve had it in Spain, Morocco, Portugal and Turkey), and my thyme chicken paillard clearly hadn’t been marinated and hadn’t even been threatened with thyme, much less seasoned with it. The sauce was bland and flat, and the grill marks looked as though they’d been ironed on; my first fork into the meat caused a thin layer of chicken (it wasn’t skin) to slough off, taking the grill marks with it.  Most telling, no one at our table gave the characteristic “yum” that indicates something really tasty.

Speaking of entrees, they’d arrived perhaps 10 minutes after we’d been served our appetizers, with several still on the table, and were unceremoniously dropped (and I do mean dropped) on our table by two busboys who then bolted away, not giving us a moment to protest.  Eventually I was able to send mine back to give myself a little “thyme” (since there was none evident in the chicken) to enjoy the rose, but my three dining companions just said “what the hell” and ate theirs anyway.

Again, I had no problem with our waitress, but a couple days later I emailed the general manager Will Sears, to discuss the bland food and rushed service. I also politely asked for some consideration on our next visit, especially given that with tip we dropped almost $500 on a very poor performance and, well, just lousy food.

He responded with one of the most creative and hilarious pieces of bullshit I’ve ever read, starting with telling me that “In no way are the food standards you recognized how we intend to operate on a daily bases (sic).”  Regarding the tiny, tasteless white bread cubes and bland olive oil, he wrote this gem: “Our olive oil tasting is meant to simply show the diversity of flavors and attributes towards a representation of cuisine de solei (what?). On your next visit I have already packaged (?) a northern Californian olive oil with immense flavor whose attributes can easily be recognized.”  Hey, what happened to Mediterranean cuisine…de solei?   He also said, much to my delight, that he’d “followed up with the chef about the grill marks.”  What? To ensure he uses a permanent marker next time?

He ended by saying he’d “personally expedite the planning of (my)next visit.”  How?  By coming to my house and sitting down with me?  Gee, I don’t ‘plan’ my visit, I just call some friends and make a reservation.  Don’t need any assistance there.  He also offered to “recommend a variety of dishes which truly represent what we have to offer.”  Hmm.  All that stuff on the menu that we tried and paid for, does NOT represent what Fig & Olive “truly” has to offer?

His email would be a good teaching tool in a creative writing class. But it’s not much of a response to a patron’s unpleasant experience.

In fairness, after 3 (identical) emails to the owner, he kindly refunded the food cost.  So we’ll give it another try down the road.