Wine Tasting: You’re as Good as an Expert 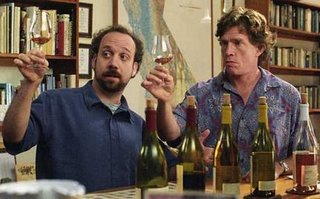 I built this website to help you de-mystify the world of wine, so that you can try new stuff at your local retailer, or order confidently in a restaurant. And this little article should also give you some gumption when you attend your first, or 20th, wine tasting.

So – you’re invited to a formal wine tasting…and you want to go. After all, it’s for a worthy charity that you know, and they’ve got some wonderful cult California reds and brilliant French white Burgundies. Yum. So you register, and pay your $75, and you show up with anticipation. You’re new to the world of wine, and the only “tastings” you’ve ever attended are at a friend’s house. And we all know that those were really more like wine “drinkings,” also known as “parties.”

So when you stand outside and gaze into the tasting room, you feel overwhelmed as you watch the light reflect off hundreds of freshly washed glasses, while the assembled guests preen and prance around like masters of the universe. This is supposed to be fun, right? But all you see is very serious-looking people having what look like very serious conversations with well-dressed men and women standing behind tables, carefully pouring a small sample into each glass. The guests hold their glasses up to the light very deliberately, and then swirl them with great ostentation before sticking their noses in so deeply that you think they’ll break – the glasses, their noses, or both. You hear one say something about the “mid-palate” and another remark that “too much time in 100% French is obvious.” Some guests even have those little shiny “tastevins” around their neck, while the prettiest woman in the room is spitting into a ceramic bucket from three feet away with the accuracy of a Marine sniper.

Aside from all these affectations of wine tasting, you think to yourself “I’m not really experienced or very good at this…and what if one of the wine suppliers asks me to describe their product wine in ‘wine terms’ – I will literally shrink to the floor!” You assume that the palates of these critics – and their tastes in wine in general – are so much more “refined” than yours, that you’re simply out of place here. 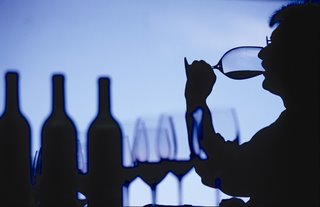 Why do I say that?  Because in 2001, a professor at the University of Bordeaux conducted two wine tasting experiments that show just how much even so-called experts are influenced by pre-conceived perceptions. In the first of his two scams, Professor Frederick Brochet invited a bunch of self-anointed wine gurus to describe the flavors and aromas of both red and white wines he poured. One of these high priests praised the red for its “jamminess,” while another talked of its “crushed red fruit.” None of the almost 60 experienced tasters figured out that the red was really a white wine, tinted darkly with food coloring! The second test with a different group was even sneakier, in which ordinary and inexpensive red table wine was placed in a pricey Grand Cru-labeled bottle, and also in its original labeled bottle.

In other words, a single wine was passed off as itself – and as a different, far superior wine. Yet three-quarters of the experts there judged the “grand cru” as “complex, balanced and rounded,” while the vin de table (ordinary wine) in their view was “weak, light, flat and faulty”.

But they were the same wine!

My points here are simple: