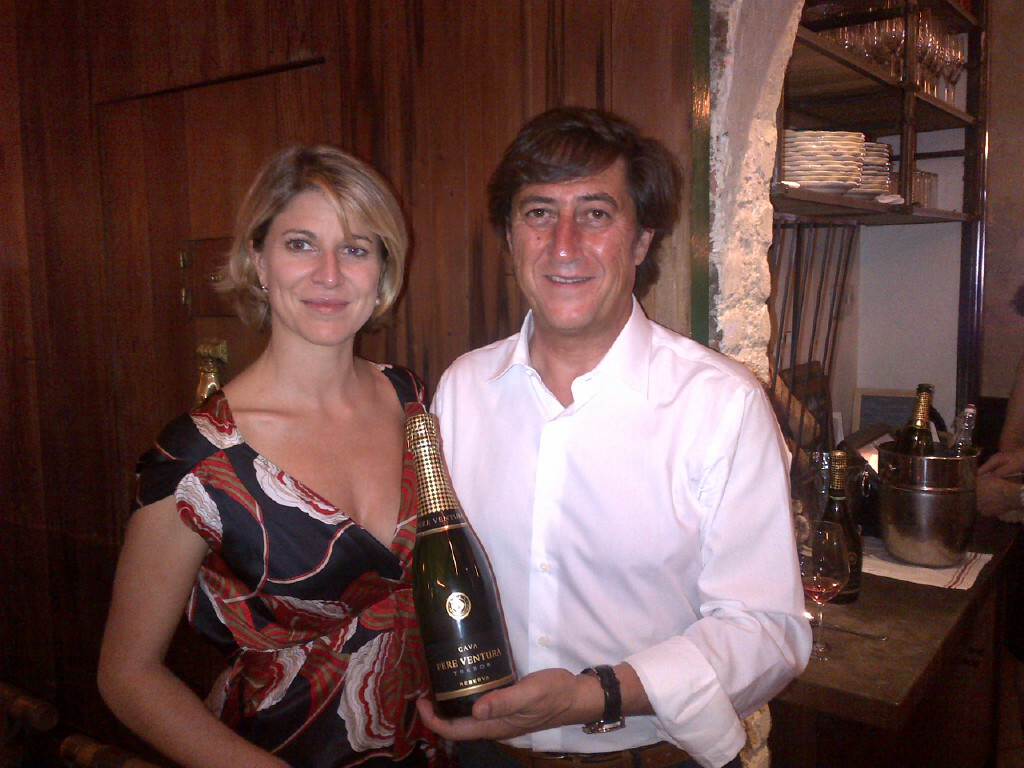 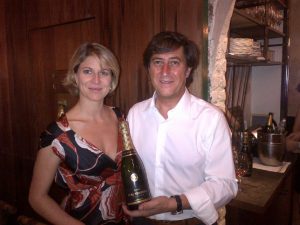 Sparkling wine is viewed all too often as a luxury, a “wedding wine,” or something to be saved for a special occasion.  What’s wrong with Friday night?  Or after work on Tuesday?  After all, sparkling wine, including Champagne, is just “still” wine, (literally) that has just been fermented twice.

And while my friends in the wine business tell me that New Yorkers have really jumped into sparkling wines and Champagnes and drink them all the time these days, even if that’s true I don’t think it’s the case for the rest of the country.  There’s a mystique about these wines that’s both good and bad for the people who work hard to produce them from around the world—Champagne and Crémant from France; Sekt from Germany and Austria; Spumante and Prosecco from Italy; sparkling wine from many states in the USA; Espumante from Portugal; even Pezsgo from Hungary.

Cava, which means “cellar” is the Spanish variety of sparkling wine, and is widely available in the United States. For good or bad, its quality varies just as widely. You can get a bottle for six or seven bucks (and it tastes like it) or you can get a bottle for 60 or 70 bucks that rivals some of the best Champagnes. I guess the question is, can you get something in the middle that’s truly good?

This past week I had the pleasure of sitting down with an up-and-coming crafter of Cava, Pere Ventura, who lends his family name to a company that he founded only in 1992, despite the fact that his family has been in the business one way or another for four generations. Sound like a contradiction?  Not really.  He told us that the family’s heritage with Cava dates back to 1872, when his great grandfather, Manuel Montserrat Font, helped produce bottles of Cava in the Penedes region in Catalonia, in Northeast Spain. His grandfather was schooled in Dijon, at the house of Champagne Mercier in Épernay. But it was only 21 years ago that Pere, one of six boys and two girls, struck out on his own.

Pere talked passionately about his wine estate, his hundreds of acres of vineyards and how they’re farmed, and his respect for the environment, which he shows through the Wineries for Climate Protection Initiative.  His view that wine is really agriculture came through. It was a refreshing change from a lot of wine events I attend where the winemaker or proprietor spends most of the time talking technical stuff about yeasts, degrees brix, fermentation techniques, aging, on and on. Wine is grapes, and winemakers are really farmers. Pere is one of them.

As Pere and his Marketing Manager Ariane Fresor (who’s interestingly if not ironically from Bordeaux) treated us to lunch at Manhattan’s Tertulia on Sixth Avenue, we got to taste three wines—two whites and one Rosé Cava, and I have to say that the Pere Ventura Tresor (Treasure) Brut Rosé really won me over.

Why? Well, it’s a subtle Rose. Not that I don’t enjoy the intense flavors of strawberries, but this one doesn’t bowl you over with them.  Nor is it sweet at all. A lot of Brut wines still have more than a little sweetness, and this one is nicely dry. It also has a minerality that most sparkling wines lack. And at 11.5% alcohol you’ll be able to have more than a glass or two and remain vertical, always a bonus. It’s made with 100% Trepat grapes, which you’ll only find here. There are fewer than 4000 acres of this grape growing in this region, and probably nowhere else.

Between the other two, I surprisingly preferred the less expensive, and it’s a tremendous value, the Pere Ventura Tresor Brut Riserva. At $17 this is a rich, lush, very toasty sparkling wine that rivals a good $35-40 Champagne or a high end California Sparkling wine like a Schramsberg. This is made from 40% Xarel-lo (pronounced “shah-rull-low” I think) 40% Macabeo, and 20% Parellada. These are probably grapes you never heard of, and not grapes that ever go into Champagne or other sparkling wines, but they can produce a delicious and nicely effervescent wine that mimics Champagne. I mean Champagne from Champagne.

We finished with the Pere Ventura Cupatge d’Honor, named for Pere’s Father. Made from  60% Xarel-lo and 40% Chardonnay, this one’s a bit more austere—there’s lower residual sugar—with citrus fruits and vanilla, and the toast flavor is there but it’s pretty subtle. This is a quality wine, but despite the dryness, usually my preference, I go for the Brut Riserva strangely enough.

One interesting thing about Cava is that even though the bottles are not designated or marked with the vintage year, every bottle typically contains the juice of grapes from a single vintage.  This is unlike the vast majority of Champagne and Sparkling wines, which are blends of one or more vintages and marked NV (non-vintage). For more about that, go here.

Pere Ventura is sold in 43 countries, and it’s clear that’s not enough for Pere.  But my feeling is that what he really wants is to spread the word about Cava—that it really can be a high-end product, rivaling the best that Champagne and other quality sparkling wines have to offer.  I think he’s well on his way.