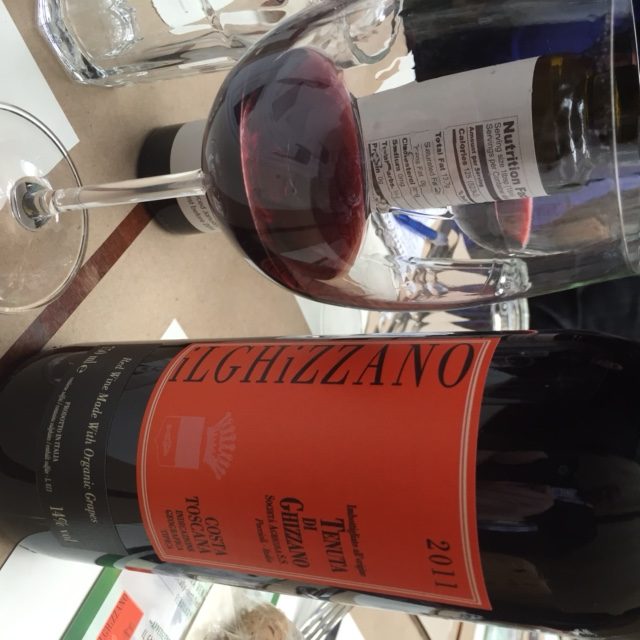 It’s always great fun to meet with a winemaker.  And it’s especially fun when the winemaker is a woman—in a somewhat-still male dominated field—and when she’s also an owner of an estate that goes back well more than a thousand years.  And she’s a Contessa!

So I was very much looking forward to a wine-soaked lunch earlier this week with Ginevra Venerosi Pesciolini, whose family and estate have been around since the 1200s!  I spent three hours with her at Manhattan’s Quartino Bottega Organica, an especially fitting place because Ginevra transformed this ancient business into an organic and biodynamic farm and winery more than ten years ago. The winery uses no herbicides, chemical fertilizers or synthetic chemicals, and uses naturally-occurring indigenous yeasts for fermentation. Even the corks are of organic origin. Vine balance is the goal, and modern practices such as green harvesting and leaf plucking are used only sparingly. All the fruit is hand picked and hand-sorted.

Despite its ancient heritage, the winery was producing only cheap bulk wine until 1985, when the Tenuta Di Ghizzano estate produced its first bottled and labeled vintage, sold overseas as well as domestically. The wines are based on the classic Italian grape variety Sangiovese (Chianti), but with some twists and interesting blends in a couple of the labels. Ginevra says “I want a product that is  completely natural expression of the place…the area more than the variety,” which is reflected in the fact that her wines are labeled IGT, or Indicazione Geografica Tipica: wine that is typical of a particular region versus its formula. She made this change from the classification of DOC Chianti in 2004, despite that fact that DOC wines are ostensibly more prestigious, because she really wanted an expression of the land to define the estate and her wines. 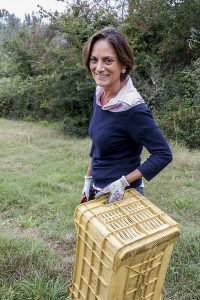 This isn’t a big producer by American standards; in fact, its production of 80,000 bottles or 6600 cases is so small that some California producers might consider it closer to a “garage” winery, with vines on a mere 50 acres. Ginevra, as an organic farmer, also has to deal with the fact that her all-natural methods and practices often limit her crop significantly as compared to vineyards using synthenic chemicals and fertilizers, and weedkillers. “When it’s too wet you lose a certain amount of the grapes. This is a real risk, so we count our production over three years rather than one.”  Certainly her crops and her wines show the influence of the sea, both in the micro-climate and the reflection of light off the water. The land produces a sweeter and more flowery Sangiovese, with warmer temperatures than that of the Chianti Classico region, another reason Ginevra opted for the IGT designation.

And unlike almost every other winery these days, Tenuta Di Ghizzano doesn’t produce a dozen or two wines; she served us just three (they’ve got a couple more including a white made from  Trebbiano, Malvasia Bianca, and Vermentino), and frankly it was difficult to rate any of the three I tasted as “better” than the other, just very different.

Tenuta Di Ghizzano Il Ghizzano 2011 Toscana IGT: This “entry level” wine is a blend of 95% Sangiovese and 5% Merlot; lively, very fruity with medium-body, nicely acidic with elegant tannin for such a young wine. An easy-drinker that is still “serious.”

Tenuta Di Ghizzano Veneroso 2010 Toscana IGT: 70% Sangiovese and 30% Cabernet Sauvignon. My favorite of the three; complex, blackberry with some pepper and great minerality. Lush with a long finish.

Tenuta Di Ghizzano Nambrot 2007 Toscana IGT: Here, no Sangiovese!  This is a blend much like the Pomerol wines of Bordeaux, with 70% Merlot, 20% Cabernet Franc and 10% Petit Verdot. Warm, rich and powerful.