I’ve seen a lot of ads on Facebook lately for the Firstleaf wine “club.” The ad takes you to a 13-question quiz, kinda like a junior high “pop quiz,” (because you can’t really prepare for it) to “scientifically” determine the wines you like in order that Firstleaf can then send you wines you’ll want to drink. Evidently, it’s based on a “proven” algorithm…’cause, well, impenetrable and opaque mathematical formulas are always the way you should select wine. Evidently.

The first question was a linear “slider” that asks you to select white wines at one end, red at the other, and “a mix” in the middle. OK. But what about Rosé wines? Ports and dessert wines? Sherries and Madeiras? Champagne, Prosecco, Cava, Sekt, Frizzante wines?

The second is another slider that asks you to pick sweet wines at one end, dry wines at the other, or somewhere in between. I selected as dry as possible. Fair enough.

The third question asked what wines I didn’t like from among choices that included sweet Riesling and Sweet Red Blends, as well as “Oaky Chardonnay” which tastes cloyingly sweet to many people, including me. Of course, I’d already said I preferred only dry wines. So, there’s that. 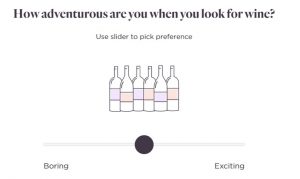 Question five is again a slider, asking you to choose between “boring” wines at one end and “exciting” at another. Well, that one was truly bewildering. I’ve never met anyone who says they like “tedious, dull, and monotonous” wines (solid definitions of “boring”). And does that mean that FirstLeaf carries and is happy to sell you “dull” wines? Doubt it. 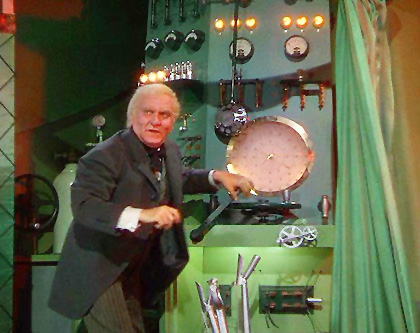 Question six asks you to rate yourself between a “novice” (a term for, among others, a nun in training) and an “expert.” Well, what qualifies you as “expert”? I’ve been doing this for 15 years and have only scratched the surface of wine knowledge. And so what if you think you’re a novice or expert? How does that change the selection process? Only the guy behind the curtain knows?

Question seven asks if you’re a fan of any or all of nine specific wines. Notwithstanding that several of them are popularly thought to be inexpensive and mediocre, what if you’ve never tasted even one? And this question also tells you that if you like Chateau St. Michelle Riesling, then you “may prefer” wine high in “Succinic Acid and PH and low in Glucose and Fructose.” What does any of that mean to people who aren’t wine geeks, or helps them choose wines? Dunno.

Question eight pretty much mimics question three—what you don’t like. And this one gives you some more rather useless information: “For example, if you dislike Robert Mondavi Cabernet Sauvignon, we think you will like wines with lower Acetic Acid, Succinic Acid, and Alcohol.” LOWER alcohol? Heavens! (Actually, I prefer wines lower in alcohol. Some CA Cabs are >15% abv and that puts you horizontal very quickly.)

Question nine asks “Which of these foods and drinks do you enjoy?” and gives you nine choices. One, for example, is “Mushrooms, the funkier the better.” But what if I like mushrooms, but less “funky” ones? Or Frappuccino with “extra caramel?” Frappuccino by definition doesn’t come with any caramel, to my knowledge.

Question 11 asks “which of these do you prefer in a wine?” and gives you choices that include Oaky, Buttery, Flowery, Citrusy, Minerality, Fruity, Crisp, Bitter, and Acidity. Wow. The logic here, or lack of, is almost hilarious. For example, “crisp” and “acidity” are essentially the same thing (although the correct parallel construction would be “crisp” and “acidic.” I might like butter in my Chardonnay, but I wouldn’t want it in my Viognier or Roussanne. Few people who aren’t already very familiar with wine tasting can even describe “minerality” or “flowery,” (many say minerality is simple nonsense) but in any event, do these pertain to aroma or flavor, or both? And I don’t know one person who likes “bitter” wine. Bitter is not the same, for example, as “tart.”

Question 12 flips question 11, asking which of these same nine attributes do you not like, and presents the same lack of logic issues. For example, I don’t like oak in my Pinot Noir, but I do like Pinot Noir. I like crisp, “acidic” (again, the same thing) notes in my Chardonnay (which to me means Chablis), but I like a rounder, soft, and less “crisp” mouthfeel in, say Pinot Blanc, or Chenin Blanc (Vouvray).

And the piéce de résistance, question 13, asks how many wines you drink in a month, with a slider that goes from <2 (isn’t that one?) to 5+. Well sometimes it’s two and sometimes it’s five, but if I’m going to friends’ houses, I always take a bottle (or two or three depending on who’s gonna be there) so I’m not getting the purpose here, either. It could be three bottles…or three cases.

Well, I finished all the questions, and here were my results, “curated” just for me:

Well, actually, no. Because of the Pandemic “We’re experiencing a delay in shipping orders as a result”…So – in a departure from our normal procedure, we’ll send you a pre-selected pack of our favorite (emphases mine) wines. Well, fair enough, especially in a time of crisis. And God bless and thank you! to all the truckers and train workers and grocery store employees and wine storekeepers keeping us in food and drink. Good on them.

As far as matching my actual tastes, here’s how their “pre-selected list” of THEIR favorites stacks up against what I like:

CONCLUSION: for under $7 a bottle, this 6-pack is an exceptionally good deal even if it’s not “matched” to your tastes (at all, because of Covid-19 delivery problems). But after 15 years of studying, choosing and tasting wine, I just don’t believe that an algorithm based on a 13-question quiz can remotely determine and send you “only” the wines you like.

But you might just give them a shot, especially now during this terrible pandemic when every business needs our help and our support. I’ll reserve judgment and do a follow-up after they’ve returned to their business model of sending only “curated” wines. And I give them major points for trying!