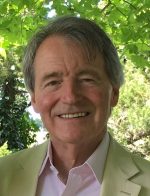 Judgment of the Wine World: We’ve Had a Loss 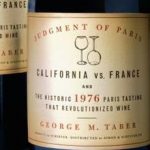 Steven Spurrier, the English merchant, educator, winemaker, grape farmer, and advocate, died March 9 at age 79. Thoughts, accolades, and remembrances of him have poured in all day from all quarters, including The Drinks Business, who today called him “The Great Man of Wine,” while Decanter awarded him the same moniker in 2017.  Surely he was, but I doubt he’d relish being referred to that way.

Spurrier became what’s referred to in the wine world as a household name, beginning back in 1976 when he held “The Judgment of Paris,” a blind tasting of French and U.S. wines, originally intended primarily to promote the visibility of his wine store. Spurrier’s wine history is long, back to the presidency of LBJ, with classically-understated origins at London’s wine merchant Christopher & Company, and within seven years he’d established his own shop, Les Caves de la Madeline, and later the associated private wine school L’Academie du Vin.

The tasting event itself was conceived to be more a French-American celebration of wine than a contest. Yet, having unknowingly chosen a Napa Cab (Stag’s Leap) over first-growth Bordeaux, and a Chardonnay (Chateau Montelena) over top French white Burgundies, some of the celebrated French judges reportedly tried to claw back their rating cards to change their scores. This event was ultimately made into the feature movie “Bottle Shock,” a pleasant-enough exercise though mightily short on accuracy, most notably portraying Spurrier as a snob who came to Napa prepared to disparage its wine and look down on its “hick” dilettante winemakers. Anyone and everyone who knew him knew this was both absurd and unfair, despite the sometimes-clever performance of him by the late, great Alan Rickman. What the real Steven Spurrier found was anything but.

How big a deal was “The Judgment of Paris?” Well, according to Time magazine on the 40th anniversary of the event, Mr. Spurrier was asked how California wine was viewed back then?  He replied: “California wine was not viewed. California wine did not exist,” Time’s George Taber was the only journalist to cover the 1976 event, but his four-paragraph article in Time changed public perception of the California and US wine industries in an instant.

And of course, we can’t leave out Mike Grgich, winemaker of 1973 Montelena Chardonnay, and Warren Winiarski, the winemaker of the 1973 Stag’s Leap Cabernet Sauvignon, both of whom would themselves become legends in the wine world. And on point, the original idea for the event was that of Patricia Gallagher, a colleague of Mr. Spurrier’s, who had scouted and tasted Napa wines the year before the event.

Mr. Spurrier contributed to Decanter for years as a writer, editor, and wine critic, having written hundreds of pieces, and was a co-founder of the Decanter World Wine Awards in 2004.